Is Paying Child Support a Privilege or Punishment? 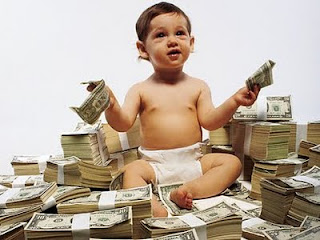 For most of my life, I have heard the term child support. To me, when I heard it, there always seemed to be a consistent theme. Whether it was during my childhood in Jamaica, growing up in Houston, Texas or living as an adult in Miami, Florida, the term child support was always used in a negative sense. How often have we seen headlines of a deadbeat dad who’s been jailed for not paying child support? In mid-2010 I saw the news headline, “World’s Worst Deadbeat Dad Jailed for Owing over $200,000 in Back Child Support.” There always seemed to be a negative connotation with that term.


When I first got married in the mid 90’s, to me, just like my parents (who’ve been happily married for over 45 years) we would be married “till death do us part.” Unfortunately, that marriage didn’t make it to 6 years. We had a child, though – a lovely daughter. So when the dust settled, there I was sitting in court signing documents to pay child support.
And the demeanor of the judge just caused me to think that in her mind, I was being punished just like any deadbeat dad who so frequently walks into the courtroom. It didn’t matter that I was highly involved in my daughter’s life from the moment she was conceived – going to every doctor’s appointment, being in the delivery room, taking her to daycare, taking her to the park and so on. I was now divorced and I didn’t get custody so paying child support was my reality. 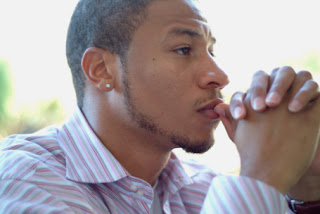 Upon further inquiry, I found out that the judge in my case became involved with family law because her previous job was going after dads who refused to pay child support. In hindsight, it didn’t surprise me that she seemed so hostile. Because not knowing any different, she likely perceived me as any other dad that she deals with on a daily basis. My mom always says, “The good have to suffer with the bad.”
In my post, What Exactly is Child Support?, I share my views on the topic. It is not a negative concept by any means. It’s literally supporting your child. The inherent flaw in that term, in my opinion, is that people are led to believe that child support is all about money. Certainly money is a part of the equation but in the big picture, it’s relatively minor. I could have committed to a life of making timely child support payments and never seeing my child and the court would have been happy with me – because I’d be a good dad.
But I go beyond that to ask the questions: Will I be there to mentor my child? Will I be there for her emotionally? Will I teach her the life lessons that have guided me? Will I help her with homework or go to PTA meetings? Will I be there as she begins dating to help her know the qualities she should look for in a man?
If I am absent from her life yet I make timely child support payments, to me, I am the ultimate deadbeat dad. Money can never buy the love and affection of our kids. Our kids are not problems that we just throw money at and they get solved. 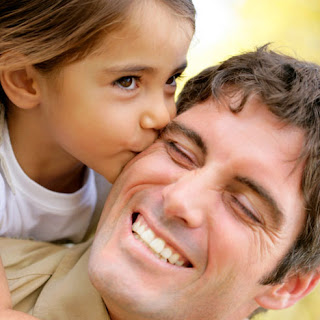 To me, child support is the ultimate privilege. As far as I’m concerned, I’ve been supporting my daughter from the moment she was conceived. Money has been a necessary component but quite frankly, she has no idea about what money has been spent on her – during the former marriage and since that marriage. She only knows that she loves her dad and mom and they love her. And they both have been highly involved and active in her life since birth. To me, that is indeed the ultimate privilege.
Too often we read about dads that have to be dragged, kicking and screaming into court to pay child support. Too often, kids get the short end of the stick because men, in particular, refuse to support them financially or emotionally. Writing a check or getting a payroll deduction is simply the financial consideration. But there’s so much more to it.
I’m quite concerned that some dads pay child support only to avoid going to jail. How sad and unfortunate. I cannot comprehend that mentality. I know times are hard so making timely child support payments may not always be feasible. But to neglect our children emotionally is totally inexcusable, in my view. When I wrote post When Good Fathers Go Bad, a female reader made the following comment:
“Regardless of your relationship with an ex, children are the innocent victims. They need a mother and a father equally. There is no excuse to emotionally or financially abandon your child. The pain a child feels from the rejection of a family member is often carried with them for the rest of their lives.” 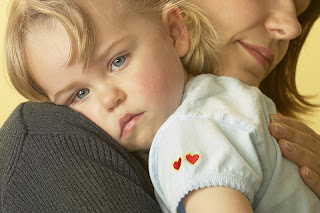 I could not have said it any better.
One other quick point I want to make about the topic of child support is that when our exes are mean-spirited and hard to deal with, I know it’s not always easy to write that check and send it to them. They could even deny us access to the children but as I always say, children are innocent in all of this. So we really should not withhold from them what is due to them – not money or anything.
I know men personally who struggle every time they write that check because they see it as them writing a check to their ex and in their view, she doesn’t deserve it. So let me share these words of encouragement – our children are our children. They have always been and will always be our children. Their mothers might put us through the wringer, as the expression goes, but our children are ours. Let’s support and take care of them – financially, emotionally and in every other possible way.
So as I close this post let me reiterate the answer to the question “Is paying child support a privilege or punishment?” It is the privilege of a lifetime! Today, my daughter is a well-adjusted 12 year old. She lives with my wonderful new wife and me. We now have a 5 month old son. And guess what? I pay my child support 24/7/365. My kids are my world and I enjoy every moment of being with them. 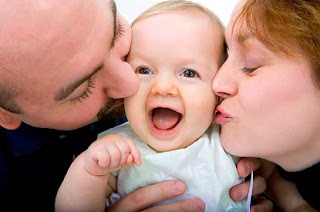 I often say that I do support fathers’ rights. But prefer to think of fatherhood as a privilege. What an awesome responsibility it is! I hope that each of us – dads and moms alike – embraces the concept of 24/7/365 child support because it leads to successful, well-adjusted kids of whom we can all be proud.
Enjoy a wonderful and productive day.
The Upbeat Dad

Posted by Rodrick Walters at 11:53 PM