A Lesson from Humpty Dumpty for the Divorced: Can you be put back together again? 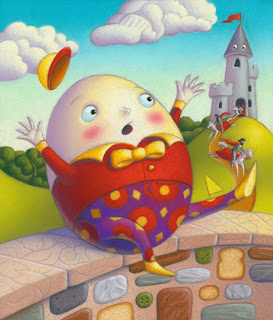 You see, Humpty was an egg – a fragile egg. And when he had his fall, nothing anyone could do could put him back together. He had permanent scars that caused him to never be the same again.

As I think about the divorce experience and its effect on men, women and children, I liken it to Humpty Dumpty and his plight. Many people go through the process and never ever recover. Some do recover but it takes years. Others recover but in the process they hurt others and leave scars on them that last a lifetime. 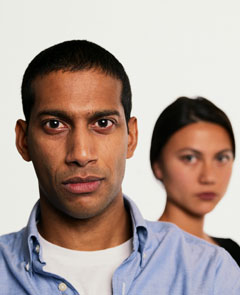 Despite what some may think, I don’t believe that divorce is something a typical person getting married plans for. Yet it happens every day and lives are ruined as a result. I have a friend who has been married 3 times. The first was to his high school sweetheart. After a marriage of over 20 years, they decided to go their separate ways. And since then, within a few years, he married and divorced twice. Now he doesn’t even consider dating because the thought of building a new relationship that might end in disappointment is just too much for him. His heart is fragile and might never become whole again.

With all this as a backdrop, let me share this with you: there is hope. I believe, quite strongly, that where there is life, there is hope. So if you’re reading this and you find yourself in the Humpty Dumpty state, let me encourage you with these words: You can be put back together again!

I write this not as someone unfamiliar with the emotions of divorce. Ten years ago, I went through an awful, bitter divorce – one that left me severely wounded. You can learn more about the experience in these posts:
The Story Behind TheUpbeat Dad
How I Could HaveBecome a Deadbeat Dad
The Awful Night 10Years Ago That Led Me to Start The Upbeat Dad

Suffice it to say that for a long time afterwards, I struggled to put back the pieces of my heart and my life. It wasn’t easy by any means but today, I am back together again and so much stronger and better as a result.

There are specific steps I believe are necessary on this road to recovery from divorce. Here they are:

-          Forgive Your Former Spouse and Yourself. In order to embrace life after divorce, I believe that it’s necessary to permanently close the chapter of the marriage that ended. The first stage is forgiveness. It’s a two-fold process – forgiving your former spouse and forgiving yourself. Please notice that I didn’t say that your former spouse must forgive you or himself/herself. Forgiveness has to do with you – you have 100% control over that.


In the ideal scenario, both parties would forgive but that doesn’t always happen. Also, notice that I didn’t say anything about who was right or wrong. That’s ultimately irrelevant. To move on, forgiveness is what’s important. Learn more about this very critical step with the post: Forgiveness: The Key to Healing After Divorce.

-          Embrace Yourself. What do I mean by embrace yourself? What I mean is that you accept yourself as you are. This might take some work because for so many years, your entire identity has been wrapped up in your marriage. In a sense when divorce occurs, a part of you dies. In marriage, two hearts and lives become one. In divorce, as these lives go in different directions, each party has to become whole again – and that takes time.


One thing that worked for me was dating myself. How odd, right? Well, it worked wonders. I went out to dinner and sometimes to a movie and just had a ball. It was all about finding myself again and recognizing that I’m good company! Embrace yourself for who you are. Love yourself and just focus on the better days that lie ahead.

-          Don’t Be Too Quick to Enter New Relationships. During the process of courtship that leads to marriage, it takes time to get to know the other person. After divorce, it takes time to find yourself again. And in this process, having a new love interest too quickly can spoil a very necessary phase. Some people enter new relationships and end up subconsciously having unrealistic expectations of the new person to fill the void created with the divorce.

Did you know that the more people get married, the more likely they are to become divorced again? Research shows that over 75% of 3rd marriages will end in divorce. Take time to get back in the game – courtship and so on – and eventually, the right person will come along and you’ll be truly prepared to make a lifetime commitment. Till then, love yourself and enjoy yourself. 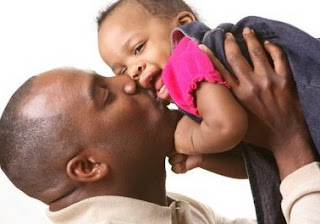 -          Focus on the Children. If you have kids, I believe that focusing on them and their best interest is key throughout divorce and in the aftermath. When no kids are involved, no matter how messy divorce becomes, when it’s over, it’s over. When kids are involved, it goes on forever – because you have to deal with the person who you no longer get along with, just for the kids’ sake. Being a parent is a lifetime commitment and in my view, is the most important role anyone can play.

-          Enjoy Your Life. Ok, this might sound cliché but since it’s the last point, I’m gonna say it anyway: Enjoy your life! Do you know that you have only one life to live? And when it’s over, it’s over. You don’t want to live out your post-divorce years as a mean, bitter person? That’s not you – you’re better than that! You may have heard it said that hurt people hurt people. When you’re healed and whole again, you can enjoy life as you never have before. Waking up each new day with a sense of hope and promise is something to live for. I recall 10 years ago at this very moment, I was at the beginning stage of my divorce. And boy was it heartbreaking. Waking up was a chore because I knew I had to deal with the reality of the situation. 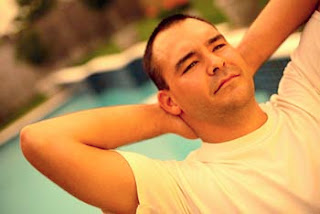 Over the years, I’ve learned to embrace each new day as a gift. Now I’m happily remarried with a new son. And my daughter (from my first marriage) lives with us. You can read The Story of My Blended Family to learn about how it all came together. In all of this, I can say that my former marriage and divorce seems to fade in my memory. I’m no longer controlled by the awfully bitter emotions that so dominated my life then. Life has moved on. And I have moved on and I’m so much better for it.

I hope that this post has been an encouragement to you. It’s very real and I believe that one can benefit immensely from each of these steps. There’s so much more to it, I know but these simple steps can be implemented to get going in the right direction. Do share this with those who you think would stand to benefit. I believe that as we share with others, the positive, life-changing message can impact others in a meaningful way.

Divorce happens. Life happens. Some of it we can control; some of it we can’t. Still, we don’t have to live like Humpty Dumpty and be scarred for life. By living by some simple, key principles, the pain that comes from divorce will eventually become a key inflection point to launch us into the best years of our lives. You can be put back together again and live the beautiful life that you deserve to live. The Upbeat Dad
Posted by Rodrick Walters at 11:46 PM 1 comment: