One of the things I enjoy most about my work is that, on occasion, I have the privilege of getting to meet fascinating individuals who embody the message that we try to share at the Upbeat Dad Organization. When dads are actively engaged in their kids’ lives, great things happen. And when those great things result in increased opportunities to share a positive message on fatherhood, that’s icing on the cake, as the expression goes. Today’s post is about such a dad. It is with special privilege that I say that our Upbeat Dad of the Month is Greg Battersby.

I had the privilege of interviewing Greg and I left that conversation quite impressed with his story. An intellectual property attorney based in Westport, Connecticut, Greg has been married for 42 years. The marriage has produced 2 sons, the pride and joy of his life. Both adults now, his sons are pursuing their life callings but it was during their formative years that the uniqueness of this story began. 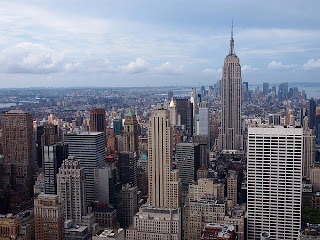 Early in Greg’s career, he was a successful attorney with a large firm based in New York City. He was climbing the corporate ladder and making great strides in the ultra-competitive market that New York is. His wife is an educator. They were a young family – 2 professionals and 2 kids – living the American dream. From the outside looking in, one would think that this life was all that one could hope for.

An age-old expression says, “The reward for hard work is more hard work.” And Greg was getting rewarded – both financially and with more work. With the increased workload, he was beginning to realize that the demands of his career were starting to take their toll on his family life. He would routinely work 12 hour days and not be able to spend meaningful time with his sons. The words of the song Cats in the Cradle rang in his head. If you don’t know it, Cats in the Cradle is a song about a working dad who was always so busy that his son grew up in his home but they never made a connection. And later in life, he looked back with regret.

Greg dreamed of being a constant presence in his sons’ lives – doing things such as coaching Little League baseball and other activities that meant much to them. On the one hand, he was living the life that many would envy but deep within, there was an emptiness that could only be filled by being the kind of dad that would have a close bond with his kids.

After talking through this dilemma with his wife, they came to the conclusion that he needed to make the critical decision to take a different path to success – one that included not only work in the corporate arena but also meaningful time with the family. He resigned from his high-paying job in New York City and the family relocated to Westport, Connecticut. There Greg worked with a smaller firm – one that allowed him to continue his successful law career but also gave him the flexibility to be the kind of dad he felt his sons deserved.

What has transpired since then is something made for the movies! He became a Little League baseball coach, just like he dreamed. His son Adam was quite gifted and really took a liking to the sport. With his dad coaching him and giving him tips along the way, Adam developed a passion for the game.

Now here’s the kicker. Greg noticed that Adam was very good in the batting cage, as he swung at different pitches. But that success didn’t always translate to the field. He would occasionally struggle when he batted in real games where pitchers threw different pitches at different times. A concerned father, Greg wanted to help his son make the transition to the field from the controlled environment that the batting cage is.

To use the catch-phrase, a light bulb went off in his head! He thought about how helpful it would be to have a machine that could throw different baseball pitches interchangeably. Baseball players could attest to the fact that you hit a fastball differently than how you hit a curve ball, or a slider, etc. Greg thought that a machine that could simulate different pitches that one could encounter in a game situation would be helpful. That machine didn’t exist so, to work he went.

He assembled a team of experts to develop such a machine. After 2 years of research and development, a prototype was created. And being the intellectual property attorney that he is, he patented his invention – with 13 patents altogether. This brilliant idea simply came from the concern of a loving dad who wanted to see his son perform better on the baseball field. And out of it was born a ground-breaking business concept.

Greg wanted to get the product into the hands of major league teams.  He got his big break when, in 1999 at the baseball winter meetings, the ProBatter pitching simulator was introduced. The Boston Red Sox team was impressed and wanted to learn more about it. Sporting gear companies such as Wilson and Rawlings took interest as well.


Greg knew he had a hit on his hands but in order to capitalize on it fully, he had to start a company that would develop and market the product. ProBatter Sports LLC was established in 1999. The company found an investor who helped to fund the cost of developing and producing the pitching simulator. In the years since its founding, the company has experienced a meteoric rise to success. Several major league baseball teams including the legendary New York Yankees and Boston Red Sox organizations use the product to help their batters develop. Over 20 NCAA college teams use it as well and the product is used in more than 200 batting cages and training centers throughout the country and abroad.

With the patented technology, the company has also developed for other sports – namely softball and cricket. It has contracted with the British national cricket team to help to develop their batsmen (yes, batsmen is the proper cricket term!) The cricket market is limitless and with increased opportunities in places such as Dubai, India, England  and Australia, the potential for a huge global presence in this sport is limitless.

The most beautiful conclusion to this story is this: Adam, the son who Greg just wanted to help to become a better player on the baseball field has since graduated from college and started working with the company. He started as a junior salesman, rose up the ranks and is currently the President of the company founded on his behalf. He runs the day to day operations as ProBatter Sports LLC explores new ways to capitalize on the niche that it has developed.


Greg continues to work as an attorney as the co-founder of the IP law-firm Grimes & Battersby LLC with offices in Norwalk, Connecticut and New York City. His wife, Susan, continues her career in the school system, now as a high school housemaster. His other son, Damian, is a successful veterinarian who is married to another veterinarian. A fitting reward for such a dedicated husband and father.

Greg’s advice for dads regarding their kids is, “Enjoy them. They’re young for a short period of time. Young kids understand one thing - time. It’s all about the time (you spend with them).” He added, “I would choose my relationship with my sons over having a $100 million company. My kids can say, ‘My dad never missed my (Little League) games.’”

In a world that is dominated by the so-called rat race, where people are willing to do just about anything to get to the top of the corporate ladder, it’s quite refreshing to learn of someone such as Greg Battersby. He made the difficult choice to give up advancement in a large firm for the opportunity to be an engaged, active dad. And years later, his sacrifice has been well worth it. Not only was he an involved dad but in the process he also established a global sporting brand, one that has limitless potential. And he still has the privilege of practicing law, the career he has loves all along.

I yearn to see the day when stories such as this are the norm – a man who chose a strong relationship with his kids over his career. The reality is that when we make such choices, we don’t really have to give up our careers. As his example shows, the career situation often takes care of itself. When we do the right thing for our kids, things just work themselves out in our favor and in our kids’ favor.

Today, Greg can proudly look on his sons’ achievements with knowledge that, along with his wife, he played a vital role in their success. For this he ought to be applauded. An Upbeat Dad he truly is.

Have a great day. 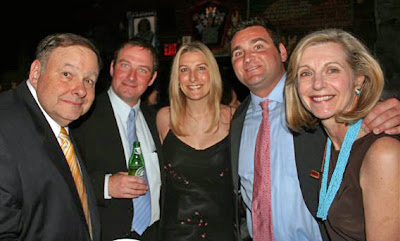 .
Greg with wife, sons and daughter-in-law
The Upbeat Dad
Posted by Rodrick Walters at 1:04 AM 7 comments: