Last Friday was one of those magical moments that every new organization hopes for.  Each new venture has its goals and ideals; there’s an overall philosophy that guides it. When that vision is clearly established, the visionary takes steps to see it realized in a real sense. Along the route to realization, there are certain key moments that help to affirm that the vision is worthwhile and ought to be pursued to fruition.
Having said that, I believe that years from now, Friday, February 4, 2011 will be looked at as a key inflection point in the history of The Upbeat Dad. You see, on that day, our vision got a huge boost with an interview on BBC radio – live from England. I had a nice chat with radio personality Sarah Gorrell on her show.  It was about a 6-7 minute interview that was made easy by Sarah’s warm personality. She’s a true professional and I am honored to have had that conversation with her. To hear the interview, Click Here for the archived version of that program. I came on the air approximately 38 minutes into the broadcast. (IMPORTANT NOTE: Program is archived for only 7 days after date of recording.)
From the moment that we launched our blog last October, I have stated that my vision is to share our message with the world. The issues that I write about each day are universal – they cross cultural, political, religious and ethnic lines. Fatherhood is a topic that affects every segment of society. And when fathers are not active in the lives of their children, I believe that the children suffer.
Having lived in the United States for most of my life, I realize that much of my perspective may be from an American’s standpoint. But since the topic of fatherhood is worldwide, from the outset I have sought to emphasize the international nature of our vision.

So having a live interview on BBC radio is as big as it gets in my view. I believe strongly that before long, I will be on ABC, NBC, CBS, CNN and Fox and other US based stations. But to me, BBC has such a huge presence and huge following on a global basis that I’m glad that this initial interview was with that organization. I would have it no other way because what was accomplished through that chat has far-reaching, life-changing, momentum-building implications.
A colleague of mine here in Florida asked me last week, “Where do you get all these connections to get so much exposure?” That’s a heck of a question, isn’t it? It would be easy to say, “I have an uncle in the media business and he’s knocking on doors and making phone calls relentlessly on my behalf.”
But I went into this process without having any contacts whatsoever. My only contact was my very real story – the one that I shared in one of our most popular posts, The Story Behind The Upbeat Dad. I have simply shared the message from my heart through the different posts that I write each day. I write about the life I have lived and the journey I’ve taken since my divorce in the early 2000s. I never thought about one day blogging about what I’ve done; I was just being a dad – a loving dad.
Having learned so much about fatherhood through my practical experience, I got to the point where I decided to share what I’ve learned with others. And through the blog, and social media tools such as Twitter and Facebook, I have developed a group of contacts, many with whom I have developed friendships.
The BBC interview came about as a result of such an alliance. Sue Atkins, an internationally recognized parenting expert based in the United Kingdom has been one of my most frequent contacts since I began using Twitter. We regularly read each others’ tweets and blogs posts. We know each other well enough through these mediums to recognize that we share a similar vision, though our approach is from different angles. I have had the privilege of speaking with Sue and she’s even more dynamic and pleasant to speak to than she is to correspond with through our online contact.
I believe strongly in the proverb that says, “A man’s gift makes room for him and brings him before great men.” I think I’m a nice guy and generally get along well with people. But the reason that these doors are opening now has less to do with me and more to do with the message that I share. Sue has been gracious enough to share what I do with many others. Even her blog post today is about my work – Click Here for The Sue Atkins Inspiring Sunday Saying. So Sarah Gorrell is one with whom Sue shared my vision. And as they say, the rest is history.
As I write this blog post, we have over 11,500 hits on the blog. In the past 7 days, we have gotten hits from 8 countries that have never previously visited our blog: Bosnia and Herzegovina, Cambodia, Columbia, Lithuania, Morocco, Uganda, Venezuela and Vietnam. Our post Welcome New Countries - February 5, 2011 gives these new readers a brief overview of what we’re all about.
I always say that simply talking about numbers is not a big deal to me. But as I see it, each click on the blog represents a new life that we may touch in a positive way. I believe that we have struck a chord with both men and women as we share this message. As I said on the Sarah Gorrell Show, approximately 60% of our readers are women. I know we’re on to something and I’m really excited. I always say that I’m not on the side of fathers; neither am I on the side of mothers; I am on the side of children and what’s in their best interest.
One beautiful thing about the age of technology is that communication is virtually instantaneous. After the interview, almost immediately I began receiving messages from all over the world – including a far away place like Australia. The message is global and it’s great to see it spread. 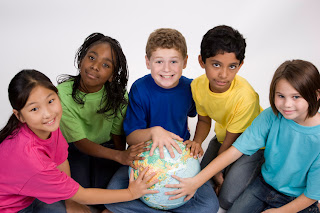 The best thing to me is that it’s really all about our children. My passion is for them and that’s who I think of as I write. I know that my two kids’ lives are so much better since I’m an actively involved father. My desire is that more fathers would become an integral part of their kids’ development. It’s not good enough to just play with them or just to send money to support them. One of my sayings is that it takes more than cash to support a child. Being a child advocate is my greatest passion because our kids deserve every ounce of energy that we might invest into their well-being.
As we’re embarking on the public events part of our vision with our inaugural Upbeat Dad Community Forum this coming Thursday, February 10, I cannot think of a greater shot in the arm than the BBC interview. If you’ve followed our blog posts since we launched 4 months ago, you could probably say that you saw this coming. I have been consistent in writing about our vision. And as it continues to unfold, I encourage you to remain engaged with us. Ours is a noble venture – one that I believe will benefit our kids greatly.
Many of you have shared our blog with others and I appreciate that so much. If you haven’t already done so, please join us on Facebook and follow us on Twitter. We’re headed to a good place, believe me. Our kids deserve our very best effort. 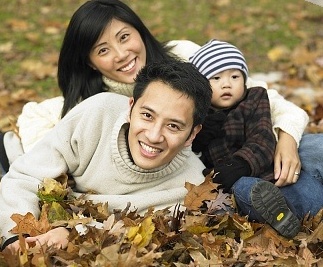 Enjoy your day. And always be excited and “upbeat” about your kids.
The Upbeat Dad
Posted by Rodrick Walters at 10:47 PM