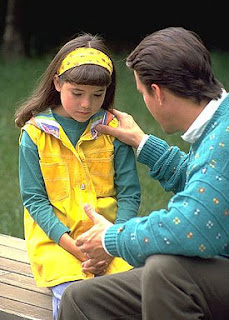 Parenthood is a bold and noble calling - one that is shared by people all over the world. Being an integral part of the process that brings a new life into our world is an honor that both fathers and mothers share. Indeed such a calling comes with a great degree of responsibility.

I recognize that not every child is born under the ideal circumstances. Unintended pregnancies occur every day for different reasons. In some cases, the pregnancies are terminated. In other cases, they go full-term and babies are born into circumstances where their parents are not quite ready for the responsibility of raising them.

From many of these situations come children whose fathers opted to become absent rather than take on the responsibility. I often say that for many men, the last conversation they have with some women is when they say, "I'm pregnant." After that, they're never seen or heard from again. And the women are left to raise the children alone. With this post I'd like to speak to the hearts of men who have fathered children but have not followed through on their responsibility to care and provide for them. I know that it's easier to reach some than others because each situation is different. For some men, the last thing they want to hear is someone telling them what they should do regarding their children when they have been treated harshly by a family law system that seeks to operate against them and their best interests. I fully recognize this.

Yet, I also recognize the important role that fathers can play in the lives of children. So I hope that this post will touch the hearts of many and will challenge them to do the right thing on their children's behalf.

There are several indicators that tell us of the importance of the role of a father. And there are various consequences to our society when children are fatherless . Let me share some with you. In the United States alone, 24 million children do not live in a home with their biological father. Children without active fathers in their lives are more likely to: 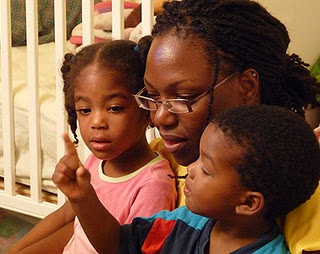 In the African American community, 70% of children are born to unwed mothers. In the same community, 1 of 3 young men between age 20 and 30 is either in prison or is in some way involved in the criminal justice system. Suffice it to say that children need their fathers.


Here are some steps that I believe can be taken to establish that relationship:


1. Forgive yourself and others. The starting point, in my opinion, is forgiveness. There are varied reasons that fathers effectively abandon their children. In some cases, they do not want the responsibility that comes with fatherhood. In other cases, mothers have used the children as tools - bargaining chips, if you will - to manipulate a family law system that operates in their favor.


If fathers are to establish successful relationships with the children, I believe that forgiveness is the key. Forgiving oneself for not fulfilling a responsibility is empowering. Forgiving others for what they did to cause the situation is also empowering. By forgiving, one becomes free of the chains that bind and inhibit the establishment of a good father-child relationship.


2. Reach out to the children. I can't tell you how many times I've heard of children who don't know their father speak of how much they just want to know them. Sadly, some wait a lifetime and never meet them. Yet there are other cases where the fathers have done so much wrong that the children have no desire to meet them. 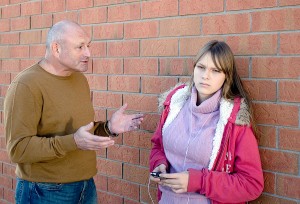 I encourage fathers to assess their own situation and make every effort to reach out to the children. Also, let me say here that a humble demeanor goes a long way. Children are under no obligation to accept the person who fathered them and then left. When the children are older - particularly when they're already adults - they may have greater resistance and more indifference. As much as it lies with you, do everything to ensure that a connection can be made. So a humble demeanor in trying to establish that relationship can work wonders.

3. Don't blame others. When you've reached out to the children and are making the connection with them, it's important to just focus on you and them. If others - particularly the mothers - gave you a hard time, the kids don't need to know that. You may be 100% right and justified in placing the blame. But you don't need to say it to the kids. Just be a loving father and, in time, your care and affection for them will overcome any obstacle caused by others' negative words or actions.

When I went through my divorce 10 years ago, I had a really rough experience. Read The Awful Night 10 Years Ago That Led Me to Start The Upbeat Dad to learn more about it. I wasn't an absentee dad but certainly I could relate to what many men experience in the legal process. I really could have let my then 3 year old daughter know all that was happening and why I needed a court order just to be able to see her. But I opted to shield her from the negativity of playing the blame game. I just focused on being a loving dad and let the rest take care of itself. And I'm so glad I did. It worked wonders then and it's still working today.

4. Understand the true meaning of child support. The term child support seems to come up only in a family law context. But I believe that loving parents support their children 24/7/365. In other words, they support them in every way - financially and otherwise. Fathers have long been seen as the financiers of their children's lives while mothers provide the nurturing. Some men have then bought into the notion that paying child support equates to being a good father. And, to some extent, the legal system tends to support this view.

I encourage you to read the posts What Exactly is Child Support? and Is Paying Child Support Punishment or a Privilege? If you haven't paid child support as you ought to, begin doing it today. If you've paid it, that's great but understand that when you support your children, money is only a part of your obligation. There so much more to it than that. Support your kids all the time, in whatever they do. That's how you win their minds and hearts.

5. Let your actions do the talking. You've probably heard the saying, "Actions speak louder than words." If you're really committed to establishing that relationship, taking action can speak volumes. Showing up and giving a world of promises is great. Getting a new schedule of time with the children is wonderful. But all of it is meaningless if not followed up by action. 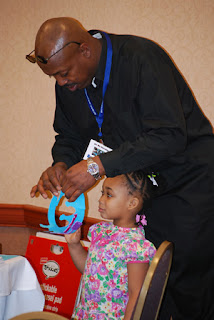 Let your kids get to know and trust you as a loving father. Skipping meaningful time with them and then showing up with expensive presents might seem to work for a while but in the long-run, it's your presence that means more to them. If you promise to call them each night before they go do bed, do just that. If you get them on the weekends, do just that. Show up to their athletic events and school events and support them with genuine enthusiasm.

So there you have it. These tips I've shared here can work wonders in the process of establishing that relationship. You cannot change the past. You cannot undo what was done before. You can only acknowledge what occurred and try to make corrective action going forward.

I believe quite strongly that where there is life there is hope. Regardless of how bad the circumstances may have been, you can reach out and make a connection with your kids. And when you do, you'll have the opportunity to help to mold and influence their lives in a positive way. The choice is yours.I've previously said that "father" is a term of biology but "daddy" is a term of endearment. When you give of your best and try to mend the broken fences, you'll very soon become "daddy" instead of just the man who fathered a child. It can be done. And I encourage you to say for yourself, it will be done. 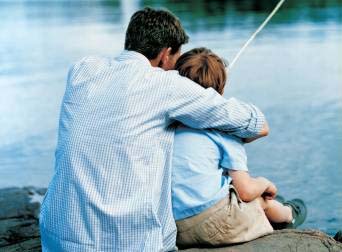 The Upbeat Dad
Posted by Rodrick Walters at 1:02 AM