Welcome to our weekly spotlight that we call Upbeat Dad of the Week. We like to feature stories about dads who are exceptional in playing a positive role in their kids’ lives. This week’s feature is about a gentleman for whom I have much admiration for the great measures he has gone to in order to ensure that his kids are as well adjusted as possible. It gives me great pleasure to share this post with you about our Upbeat Dad of the Week, Henrik Hesselman.


Throughout his professional career, Henrik has enjoyed great success as a leader. Originally from Mexico, he has held leadership positions with various organizations throughout South America and Europe. Currently, he is a vice president with a wealth management firm in Miami, Florida. In this capacity he coordinates the money management and investment strategies for high net worth individuals all over the world. His success in the corporate environment is to be greatly admired.
Before we look further into Henrik’s story, let me make the comment here that so many men can speak of their great accomplishments in the workplace but then when it comes to their relationship with their kids, that is lacking. I wrote the post Cats in the Cradle: A Lesson for Working Parents to highlight the fact that as we climb the corporate ladder, we also need to ensure we prioritize time with our kids. Many men with great accolades would be quite happy to just enjoy their professional successes while neglecting their kids in the process. But not Henrik; that’s why we honor him in this way. 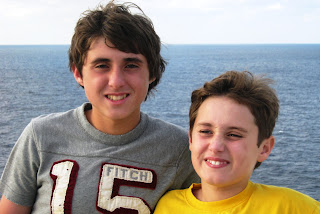 Seventeen years ago, Henrik got married in his native Mexico. The marriage produced two boys – who are now 14 and 12 years old. The young family was growing and developing according to plan. When the younger son was approximately 3 years old, however, Henrik and his wife noted that something was not quite right with his development. He didn’t appear to grasp certain skills that a child of his age should grasp. They knew something was just not right.
After observing him some more, they decided to take him to medical professionals for observation. The medical community at the time was not as open or as knowledgeable as we are today with regards to autism.  They recognized that the child’s development was slower than normal but failed to diagnose the condition despite having been to many specialists.  It was not until they wanted to enroll their son in pre-school that the school district’s psychologists and therapists suspected a case of autism.
Autism is a neurological disorder characterized by extreme self-absorption and detachment from one’s environment. The spectrum of autism is extremely wide and every child manifests the conditions very differently. Concerned about his well-being, both parents began researching just what this condition really meant. Would he not develop as smoothly as his older brother? What does it mean to care for a special needs child on a day to day basis?
Their journey has been a test of character but they have responded like champions. They were determined to establish an environment in which their son would become as well adjusted as possible despite living with the condition. They have done their best but even their best effort cannot change some symptoms evident in their son. He is non-verbal, which means that although he can listen to and react to others’ voices, he does not speak. He also has some fine motor issues which limits his ability to use sign language or write. 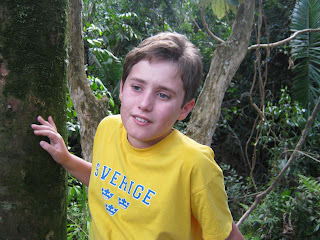 At the time, the schools were not prepared to adequately handle children with autism.  They believed what was best for their son was to develop a program specifically designed for their son and his needs. So they recruited educators and therapists and began a home school program for him. Besides the basic instructors, they hired an occupational therapist, a speech therapist, a physical therapist and a behavioral therapist. Henrik says, “It was quite a time-consuming and expensive process but we felt that it gave him the best environment in which to learn.”
Because their son is non-verbal, the parents looked into different means by which he could learn to communicate with them. First, they tried sign language but that didn’t produce the results they sought. Then they developed a series of pictures that he could use to share with them and his caregivers his feelings. For example, if he was hungry, he would show them a picture of food. That was the only way he could communicate.

Always looking for ways in which to help their son, the Hesselmans began looking into technological solutions to help him learn. They found a device called a Dynavox that is ideally suited for him. It is a small touchscreen computer that enables him to communicate his feelings and the activities he wants to be involved in. He also uses it to choose menu items for his meals. The device is quite costly but it has been of tremendous help in facilitating the communication process. 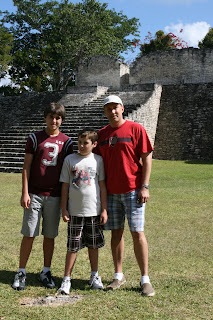 Over time, Henrik and his wife began having difficulties in their marriage. Somehow they seemed to be growing apart. Finally, 2 ½ years ago, the marriage ended in divorce. It wasn’t something that either party anticipated happening when they got married and particularly when they had the two kids – one of whom had autism. But that was their reality.
Many fathers, when faced with the ending of a marriage, are willing to simply walk away and commit to paying child support and seeing the kids every other weekend. But Henrik’s boys mean too much to him for him to have just walked away. He and his former wife have developed a time-sharing schedule that allows them to have equal time with the boys. As the boys travel between the two homes, the Dynovox travels with them to ensure that his autistic son can communicate effectively.
After the divorce, the parents learned of a new special needs school that is run by a parent who also has an autistic child. After doing some research, they enrolled their son in the school. Each day, he has 4 hours of schooling and 4 hours of therapy. 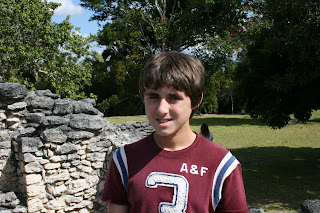 With so much attention and energy focused on his special needs son, Henrik has always been cognizant of the fact that his other son – the older of the two – also needs love and affection. He is involved in sports and other activities. He has developed a passion for the game of tennis – a sport that he plays with a great degree of skill.

When I asked him what advice he has for other parents, Henrik said, “Always make sure your kids are a  priority. Make sure you know and understand what the needs of your child are and do whatever it takes to meet those needs and keep them involved in something they are passionate about.”


Being a parent has its inherent challenges. But being a parent of a special needs child presents a different degree of challenges altogether. On behalf of our readers, I applaud Henrik Hesselman for choosing to embrace his role as a father. And though his marriage ended, he opted, as a divorced father, to embrace that role even more, just to ensure that his kids’ needs are put before his own. Despite his successes in the boardroom, it is his selflessness as a father that makes him stand apart from so many others.
I encourage you to share this post with your friends and colleagues, particularly those who may be the parents of special needs kids. It’s more than just a “feel good” story; it’s one that helps us believe in the very influential role that loving fathers can play in their kids’ lives. I thank Henrik for sharing his very powerful story with our readers.
If you would like to nominate your friend or loved one or even yourself to be featured as our Upbeat Dad of the Week, please do so by emailing us at: info@theupbeatdad.com.
If you’re a parent, make sure that you always shower your kids with love. From Henrik’s example, we can see that even with the challenges that we sometimes face, with the right approach, we can effectively demonstrate our love for our kids. Kudos to him for that.


Enjoy the rest of your day.
The Upbeat Dad
Posted by Rodrick Walters at 2:30 PM