Attention Teens: Dead Right is the Same as Dead Wrong! 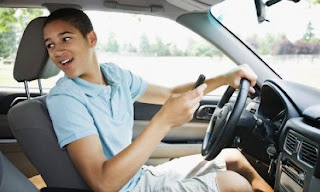 The title of this post is a bit intense, isn’t it? Well, I hope it gets your attention as much as it did mine when I first heard it. I was a 16 year old high school sophomore when I learned what these words meant. And they have literally saved my life.

As a teenager I wanted the independence of being able to drive. So my parents enrolled me in a driver’s education class. The first part of the class was all theory. After I passed that phase, I went on to the next phase – road practice. At the end of the last class before we moved on to actually getting behind the wheel, our instructor said those words that have guided me as a driver the past two and a half decades.


What do you think those words mean? Initially, I wasn’t sure. But then after he explained it, it made perfect sense. What he explained to us is that as new drivers, we had to be careful at all times. We have to drive for ourselves as well as the other drivers on the road. We also have to drive for pedestrians. Because if we get into an accident of any sort, if we die, we’re dead. It doesn’t matter who was right or wrong: dead right is the same as dead wrong. 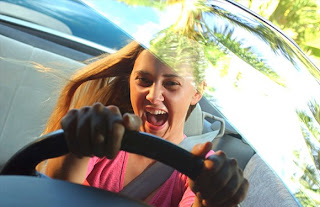 He taught us that the car is a great device but it can also be a lethal weapon, therefore we ought to drive defensively. Assume that other drivers are distracted. Assume that they will run red lights. Assume that pedestrians will walk into on-coming traffic. Just assume the worst and then prepare to avoid collisions at all costs.
I raise this issue in this post because many of us as parents have teenagers who are just beginning to drive. And as we know, teenagers “know” everything. They know just what they’re doing and we ought to just leave them alone and let them do their thing. During my teenage years way back in the ‘80s, we didn’t have the many distractions that we have today. No cell phones, no texting and driving, no iPods, no GPS. It was just us and the road.
Here are some alarming statistics from the Center for Disease Control and Prevention: 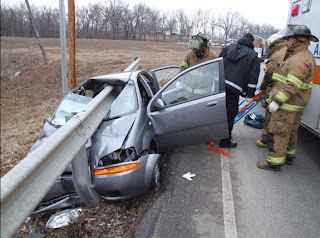 These statistics are just an indicator of the fact that teen driving is a matter that we as parents ought to take seriously.
There are so many potential distractions as we drive today. And for teens, these distractions often result in disastrous outcomes. They text and drive routinely. They travel in groups and talk and laugh while navigating their way through traffic. They also engage in daring acts such as drag racing.
When I was a teenager, I recall a friend and co-worker of mine was driving me home after we got off our late shift (about 2 AM) from a fast food restaurant. He just got a new high performance sports car from his parents.
He told me that the car could go really fast. In my ignorance I asked him to prove it to me. We were on a local road that had a 45 miles per hour speed limit. Would you believe that he got that car up to 140 MPH? I never felt as scared as I did that night. What were we thinking?

Now as a man I can look back and say how ridiculous that was. But at the time, we were just teenagers having fun. I did have fun - at least until we were flying down the street because I realized that one wrong move could have easily ended our lives.
Let me also mention the teenage drinking issue. In the United States, the legal drinking age in 21. But how many individuals actually wait until they’re 21 before having their first drink? I’m not proud of this fact but I think that I drank more before reaching the legal drinking age than I have since reaching it. This was particularly true during my early college years.
But one thing I never dared to do was drink and drive. That’s dangerous in so many ways. In December 2010, I wrote the post Put Down That Drink, Aren’t You Driving Home? In that post I highlighted the effects of driving under the influence of alcohol. It’s a very serious matter – one that ruins families.

Teenagers routinely drive under the influence of alcohol and drugs, endangering themselves, their peers and other drivers when they make these decisions. Some are fortunate to live to the point that they realize how silly those wrong decisions are. But many never get that chance simply because they put themselves in danger and end up losing their lives.
As a parent of a 12 year old daughter, I know that in a few years she will be driving. And I’m already giving her driving tips. I’ve given her the “dead right is the same as dead wrong speech” already. And as I drive, I show her practical applications of that teaching.
If you’re the father or mother of teens, do share this post with them. It’s a lesson that I believe will save lives. I’d much prefer that we annoy our children with our speeches and lectures about being safe drivers than deal with the alternative. No one wins when accidents occur. 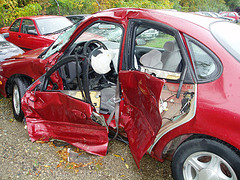 I hope that this post is somewhat of an eye-opener. Dead right is, in fact, the same as dead wrong. Let’s share this message so that we minimize the likelihood that our kids or anyone in our sphere of influence learn this lesson the hard way. My intent is that this post will save our kids’ lives. We owe it to them to give them the best counsel as they begin to assume the responsibility of driving.
Do enjoy your day. And if you drive, please do so with the utmost caution today and always. 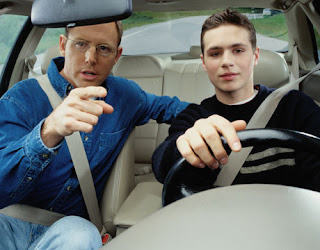 The Upbeat Dad
Posted by Rodrick Walters at 11:55 PM