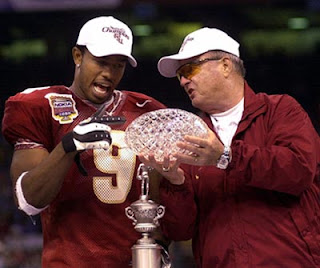 This past Friday night I was home channel surfing. I came across an interesting program on a local Miami sports channel. The program featured lessons learned from the gridiron by legendary college football coach, Bobby Bowden. A year ago, at age 80, he retired as head coach of the Florida State University (FSU) Seminoles, a position he held since 1976. He coached professionally for 55 years, including one other stint as head coach at West Virginia University.

The reason the program caught my attention is that Bowden was talking about his relationship with his players. He spoke of how many of them still see him as a father figure. He sent many of them off to the pros after successful careers at FSU. But he sent even more of them off to succeed in other vocations. 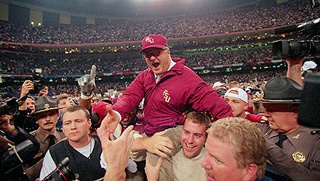 The part of the program that was most intriguing to me was when he was asked, “What’s the main difference between the players that you coached at the beginning of your career and today’s players?” He replied, “The kids today, when they walk into my office, have the same innocent smile. But what’s different is that most of them don’t know who their daddy is. I get so mad at these dads that just have them and take off.” That response caught my attention.

I started The Upbeat Dad with the mission to help fathers, mothers and kids realize the very important and critical role that dads play in kids’ lives. Some men willingly embrace this role but far too many do not. So much changed throughout Bowden’s 5 decade career but the point he chose to emphasize was the trend we call the absentee father syndrome.

There are too many situations where kids grow up having no idea who their father is. And for many who have met their father, it’s nothing more than a periodic visit. Here are some statistics from the National Fatherhood Initiative that ought to give us cause for concern: 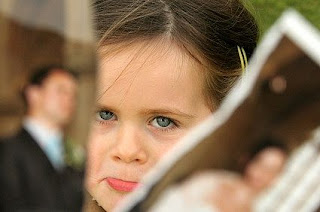 These are only a few statistics that highlight what occurs when men are absent from kids' lives.
In late 2010, I had a speaking engagement at an elementary school in the inner city in South Florida. I spoke with a group of 4th and 5th grade boys. After the event, I was speaking with a member of the faculty about the vision I have for The Upbeat Dad. He said to me, “Rodrick, would you believe that of all the boys that you spoke to, not even one of them lives in the home with their father. And most of them don’t even know who their father is.”

I shook my head in disappointment. I know what the statistics say about this situation being a reality but when I can actually look into the eyes of young kids who have been essentially abandoned by their fathers, that’s really heartbreaking. I cannot imagine just walking away from the responsibility of being a dad to my kids. But for so many men, that’s just a way of life.

In reality, the last conversation that many men have with their girlfriends is when they say, “Ï’m pregnant.” Those words send the men bolting for the nearest door and they’re never seen nor heard from again. Now, I realize that there are unintended pregnancies. I also realize that at times men feel as if they are tricked into a trap and are tied to a situation that they never wanted. And as I’ve stated on previous posts, the family law system isn’t necessarily always fair.

But the bottom-line in my view is that our children never asked to be conceived. They never ask to come into the world. Therefore, regardless of the circumstances that result in kids being born, they still need love, affection and care.

What happens all too often is that the mothers are left on their own to raise the kids while the dads essentially get a free ride. That’s not fair for anyone involved – not the mothers nor the kids. I hate to think that some men go about their everyday lives with full knowledge that they have kids somewhere and never even acknowledge their existence.

Coach Bobby Bowden and those on his coaching staff mentored many of the young men who were under their care. For some of them, these were the only father figures they have known. I’m so pleased that Bowden was able to serve in such a capacity for so many years for these young men.

But then I think further about the kids who didn’t have the talent to get football scholarships. What happened to them? Do they simply show up in some of the statistics that we use to highlight the effects of the absentee father syndrome?

My view is that, if I can help to shed some light on issues such as these, we can increase dialogue. And ultimately, more men would come to the understanding that they owe it to their kids and the kids’ mothers to step up and do the right thing. 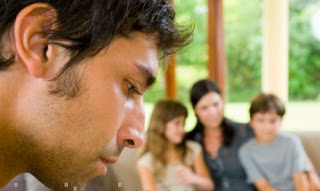 On February 10th, we’re launching what I like to call the “ground campaign” phase of The Upbeat Dad. It’s our inaugural Upbeat Dad Community Forum to be held in Cooper City, Florida, just outside of Miami. The theme of this event is “Where Are Our Fathers?”

Our hope is that this will be the first of many such events throughout the world over the next few years. With public gatherings and open, honest discussions, we believe that we can attack the absentee father epidemic, as well as many other issues that cause men not to be active in the lives of their children.

If you’re in the Miami area, we’d love to have you share in that event with us. I believe that it will be a productive evening where honest ideas are exchanged – ideas that will result in us having more actively involved fathers for our kids.

I’m thankful to Coach Bowden for choosing to highlight this issue. And I hope that after reading this post, you’re inspired to help us in our cause to have more upbeat and less deadbeat fathers. 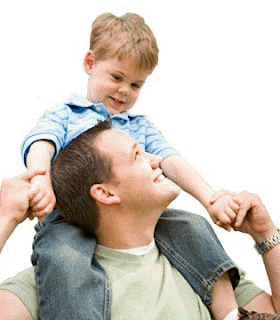 Have a productive day.

Posted by Rodrick Walters at 11:58 PM