Your Kids Are Not Stupid! 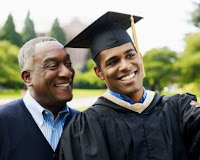 For most kids, the school year is well underway. And for many report cards have either been just released or will be released soon. Some of us parents nervously await the 'verdict' as we look to see how well our children are doing in school.

My daughter is now in the 7th grade and is doing quite well. She's very intelligent, articulate and really a wonderful child. But I recall when she was just settling down in elementary school, her grades caused me many a sleepless night.

As bright as she is, for quite some time, that was not reflected in her grades. And that caused me a great deal of concern. As far as I was concerned, I had a straight A student but somehow an impostor took over and was producing unacceptable grades.

At this point, let me pause and ask you - what do you do when your child struggles? Do you throw up your hands and say "Forget it"? Do you say, "Oh, well - some have what it takes and others don't."

At that time I was a single dad raising a 9 year old. I had recently started my own business so time was at a premium. It wasn't the most convenient of things to begin working with her to improve her grades.
But there she was - a young, impressionable, intelligent child with her entire life ahead of her. She needed the loving guidance of one who saw the very best in her. She didn't need to hear judgmental words like "What are you? An idiot?" Or "How stupid can you be? You're not gonna amount to anything."
You know how many kids hear those kind of words from their parents? Those same kids internalize the words and literally become the manifestation of those damaging words.
I thought about how my parents encouraged me when I had my own struggles in school. I was determined to be there for her as they were for me.

I scheduled conferences with her teachers to find out their perspective. I hired a tutor to get her going in the right direction. And more than anything, I began speaking words of encouragement to her - words like "I don't care what your report card says now, you're a straight A student", "You're gonna do great things in life" and "You're the best there's ever been."

And would you believe that those words have changed her life? Now her approach in school is so much different. And it's reflected in her good grades. Her self-confidence is so much greater. She now speaks of the career she'd like to pursue, knowing it is possible with hard work.
Sometimes as parents we send our kids to school and think that it's the school's job to educate them. On the contrary, the school is just a formal setting where much of the education takes place but it's our job as parents to provide the kind of environment where they can learn.
Our words have more power than we might know. We can build up or tear down our precious children by simply opening our mouths.

If your children should struggle to any degree, it's ok to be frustrated. But try not to use negative words like "stupid" or "idiot". Sow seeds of excellence into them. If you don't see the best in them, then who will?

Tell them they will accomplish great things - even if you're having a hard time believing it. Sooner, rather than later, you will believe it and so will they. 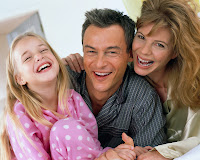 Our children are the future. Let's feed them with words of encouragement as they seek to live their dreams. They'll  be the better for it.
The Upbeat Dad
Posted by Rodrick Walters at 9:30 AM