Profound Lesson for the Divorced from New Orleans Visit! 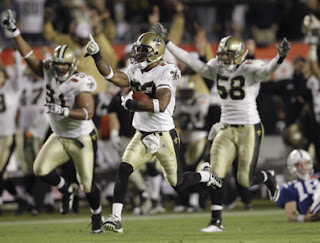 As you may know, this past Thanksgiving weekend, my family and I took a road trip from Florida to  Texas with some other family members. We had a wonderful time with my parents and other family in Houston. On the way back, we took a slight detour and visited the city of New Orleans. And boy, am I glad we did!

I grew up in Houston so New Orleans wasn’t far away. I have visited on a few occasions but not for over 15 years. In August 2005, this great American city was devastated by Hurricane Katrina. Over 80% of the city was flooded in what was one of the worst natural disasters this nation has seen. Thousands lost their lives and even more left this once populous city for greener pastures. Accordingly, the economy was brought to a standstill as the remaining residents wondered how they could continue to live in a city with most of its population gone. 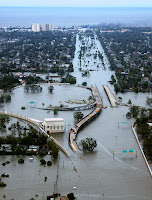 In addition to Katrina, New Orleans and the entire Gulf Coast was severely affected by the BP Oil Spill – the worst disaster of its kind in the history of the United States. The toll on the economy of New Orleans and surrounding communities along the Gulf Coast was huge.
So suffice it to say, New Orleans has had a lesson or two in dealing with setbacks. But as I traveled through the city, it was hard to recall the turmoil that we have heard of so much. What I saw was a proud city whose citizens rallied together to keep their city going. Much of the population has returned even though thousands are still away. The French Quarter area of downtown is open for business. And business is booming! As we traveled by the Superdome, the epicenter of the Katrina tragedy, a college football game was in progress. And the city was alive and well!

I couldn’t help but think of a perfect analogy to the life of an upbeat dad. As you probably know, The Upbeat Dad is for dads of all types but there’s a special emphasis on those affected by divorce and separation. In my posting The Story Behind the Upbeat Dad, I wrote of my own turmoil as I experienced a painful divorce in the early 2000s. It was an emotional and financial nightmare. The worst part of the experience was seeing the effect on my then 3 year old daughter. I thought that my life was over – in a figurative sense, but in a way, it also could have been literal.
Many of you have experienced divorce or another devastation of some sort. You were probably written off and cast aside. Your obituary may have been written, as on-lookers awaited the inevitable pronouncement of your demise. Some of you may be in turmoil even at this very moment. But take heart, there is a lesson in New Orleans for you! 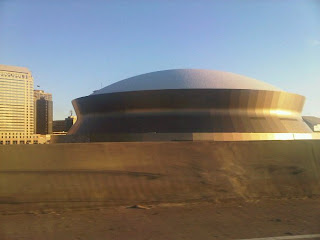 Here are some lessons from this great city by the Gulf of Mexico:

·  In times of hardship and difficulties, your true character is revealed

·  Be the captain of your own ship and be determined to succeed against all odds
·  Where there is life, there is hope

·  When you come back from the brink of disaster, you tend to appreciate life much more

There are many more lessons that we can draw from the city of New Orleans but I’ll leave it at that for now. No doubt, it was dealt a major blow - crippling in many ways. But the city has fought back like a champion. Even the current defending Super Bowl champions, the Saints, hail from this city! 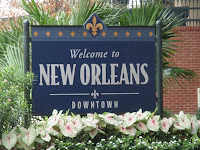 As I thought of how the city has come back, I couldn’t help but think of my own life and how, several years ago, many thought they had heard the last of me. But today, because of the love and support of so many, I’m still standing. And I couldn’t help but think of the families that suffer from the epidemic of divorce – the children, in particular. Tears come to my eyes when I think of the thousands of homes that are broken each year with children as the collateral damage.
Let this lesson from New Orleans serve as a reminder that difficulties may and do arise – that, we cannot control. Well, in a sense, there are things we can control but there will always be situations that are totally out our control. Our response is what reveals our true nature and character.

Today, I’m happily remarried with a newborn son. My daughter is now 12. She lives with us and is doing well in school and in her social life. So life has turned out quite fine. But I refuse to keep these lessons to myself. Others stand to benefit from things I’ve learned the hard way so I’ll do whatever it takes to share them. You should develop a similar mindset – teach the lessons that you have learned. 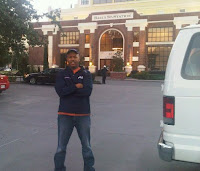 Here I am in front of the New Orleans welcoming center
If you’re a dad or mom, for that matter, whenever you think of a family situation that breaks your heart, just think of New Orleans and let the lesson inspire you to succeed, despite the odds. As I wrote in one of my poems, “No matter how strong the winds of life blow, you will rise above and stand on your own.”
Have a great day!
The Upbeat Dad
Posted by Rodrick Walters at 1:28 PM