Correction: Words Can Hurt Me 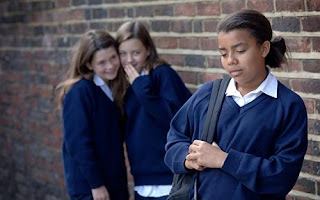 You may have heard it said, “Sticks and stones may break my bones but words can never hurt me.” I’d like to suggest a correction to this statement. It would go something like this, “Sticks and stones may break my bones but words can hurt me more.” From experience, I can tell you that this is true.
During childhood, it’s amazing the silly games we played and the seemingly little simple sayings that we had. I never thought much about this one – about sticks and stones. But you know what? Even though I’ve never really been beaten with sticks and stones, some words have hurt me to the core. And as I have my eyes and ears open to what happens in schools across the world, I know that kids from every background encounter the reality of hurtful words each day.
And it doesn’t even stop during childhood. Last week I wrote about Domestic Violence. I spoke with someone who read the post and she shared with me that she was emotionally abused during her former marriage. And interestingly she said to me, “I would’ve preferred if my husband physically abused me because the wounds would have healed. But when he scarred me emotionally with his hurtful and belittling words, those affected me mentally and it took years to overcome.” 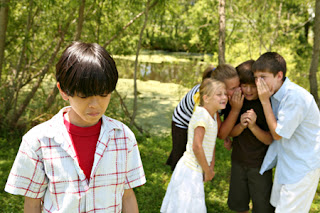 I write this post today to say that as parents, we should be aware that our growing kids encounter so much as they go to school each day. We ought to be aware of the fact that they are vulnerable to the pressures of growing up socially. Certainly if they get into physical altercations, we could easily identify those with the bruises that they might get. But we don’t always hear about the harsh words that kids exchange with each other.
As you may know, kids can be wonderfully sweet. But they can also be cruel and very hurtful. Sometimes they hurt each other to the point that the recipients of the hurtful words take drastic measures in response. Some become depressed to the point that they inflict harm on themselves – taking drugs to escape their reality or even taking their own lives.
Then others strike back by inflicting harm on those who they feel hurt them or even innocent persons. How many times do we hear about an incident such as what happened at Columbine High School in Colorado? Let me make this point clear. There is never a scenario in which it’s acceptable to resort to the violence like what happened at Columbine. It’s not acceptable by any means.
Still, sometimes when you listen to what the perpetrators of these crimes say, you often hear them say they felt like outcasts and they got tired of being ridiculed so this was their way of getting even. It’s a very wrong response to such a situation. There’s no excuse for it but I think it’s important to understand the mindset of those who take such actions. 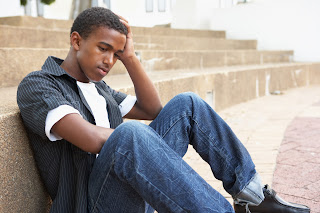 As a parent, I hate to think that either my son or daughter could go through some of the hurtful experiences that I had. While in high school in Houston, Texas, for instance, one of my nicknames was “The Lone Ranger.” I had very few friends and I was usually alone. I stuttered. I was what you might call a social reject. I just didn’t fit anywhere. I was never bullied during that time frame but some things were said to me and about me that really shook my confidence. I remember when I graduated I said to myself, “I will never give any of those who ridiculed me the satisfaction of seeing me fail.”
As it has turned out, now that I am more aware of who I am as a person, I am in a much better place. Even during my college years at the University of Texas at Austin, I made more friends from my high school there than I did in high school. My entire perspective was quite different. And when I went to my 10 year reunion in the late 90s, it was as if I was just another popular guy who everyone knew. Few remembered the stuttering guy who was always alone.
My point in sharing this part of my life is to say that I can relate to kids who feel hurt by words others say about them. I know what it’s like to feel rejected and ridiculed. I know the harm that some words can inflict. My message to parents of children who experience such hurts is that you love your kids and help to create a loving environment at home. I also encourage parents to tell their kids to always do the right thing no matter what others say or do to them. 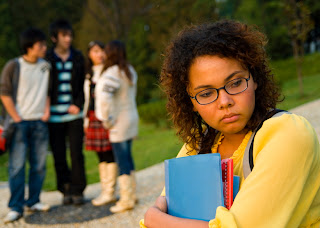 If people use hurtful words, those words can only damage them to the extent that they internalize them. If someone says, “you’re ugly” or “you’re stupid”, those words only become a reality when you take them to heart and believe them to be true. You can deflect the negativity by having a positive outlook on life. If we take that approach, it can work wonders for us.
How did I go from being what some might call a high school loser in a school of 2,000 students to being very popular at a university of 50,000 students? Much of it had to do with my internal metamorphosis. When I internalized negative words that were said to me or about me, that caused me nothing but misery. But when I saw nothing but the best in me, regardless of what others saw, that’s when I started to see different results. I’m still the same person on the outside but my inner perspective is vastly different.
There’s a lesson in this blog post for many of our kids. I encourage you to share it with them. It can work wonders in their lives. They are special in so many ways. Shower them with love and help them to know that despite what others may say to them or about them, they can accomplish anything in life. Do you think that Microsoft founder Bill Gates was always popular? He was a skinny “geek” who probably didn’t win many popularity contests. But do you think he cares about that today? His life is just fine and so will your kids’ lives if they have the right perspective.
My point in all this is that as parents, we should help our kids to embrace the wonders that they are. And if they take that approach, the hurtful words that might be thrown their way can be rendered powerless. They can have the last laugh – not a laugh of revenge but rather a laugh to say that everything is just fine. Be sure to share this message with them. It will change their lives.
Enjoy yourself today. 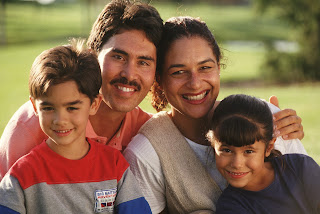 Posted by Rodrick Walters at 10:22 AM