A Tribute to Stepfathers! 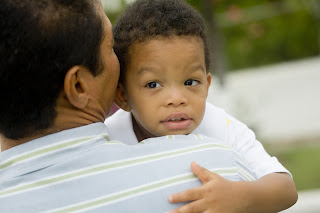 I hope your day is going great thus far. If you've been a reader of this blog for any length of time, you probably know that I like to look at fatherhood from different dimensions. It's such a diverse topic that sometimes I see it as the gift that keeps on giving. When you think you're done looking at the topic, there's always a new angle.

Today I'd like to address some very special fathers - stepfathers. Dictionary.com defines the term "stepfather" as "the husband of one's mother by a later marriage." That means these fathers choose to marry a woman with child(ren). I know many of you reading this are stepfathers and before I go any further with this post, I want to thank you. On behalf of stepchildren all around the world, thank you for being fathers to children that may not be biologically yours but still you've chosen to love them and be their fathers nonetheless.


I'm not ignorant to the fact that some have become stepfathers as a result of unpleasant circumstances. But I'm looking at the bigger picture - where men choose to be in relationships knowing that the woman is already a mother. 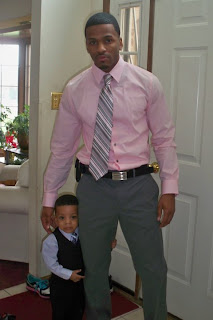 Here's why I have decided to honor these men today. Quite often, a man meets a woman and everything seems great and wonderful. They seem to be compatible and like each other's company. They go to movies and to restaurants and really do enjoy themselves. But in the midst of it all, the woman is hesitant to share what she's chosen to make a secret - at least up to that point.
Perhaps she has dated previously and was quite open about the fact that she's a mother. And for some reason, when those men heard that news, they darted away so fast that you could see the skid marks. So deep within she knows that she wants a meaningful relationship. And she wants someone to know her and love her for who she is - not pre-judge her as a mother who needs help in taking care of the children.


The fact is that many men don't want that responsibility. They'd rather be in a relationship where there are no children. And in many ways, I can understand this. Sometimes the biological father of the woman's children might be difficult to deal with. So rather than dealing with those tensions that arise at times, some men would rather not begin such relationships in the first place.
I believe that stepfathers, as a whole, ought to be commended. Quite often, they have opted to become fathers to children who have never had a positive male role model. Statistics prove in so many ways that children with two parents develop better socially and are more likely to become successful, well-adjusted persons. 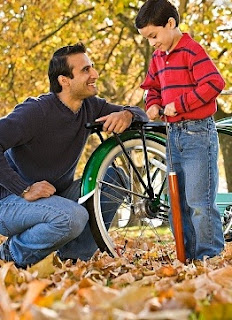 I know that some kids have a hard time accepting their stepfathers. Particularly when an only child to a single mom has to deal with someone new in the home, it may be quite difficult to adjust to. I also know that some stepfathers have a hard time learning how to become fathers for the first time to children who already have their own personalities – especially teenagers. There are so many dimensions to consider in this area.
As you may know, I was a single father after my divorce in the early 2000s. So my wife now is my daughter’s stepmother. Today, we are a happy family but from my standpoint, it took work to make it a reality. My wife and daughter get along very well. But because my daughter was my only child and she hadn’t known of me to be in a relationship before, I had to assure her that she is loved just the same and that my then fiancée (now my wife) would also love her. The transition has been quite smooth and I really commend my wife for choosing to be a mother to a child who already has her own loving mother. 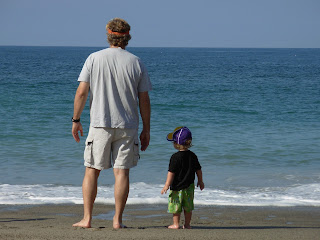 Stepmothers, stepfathers and stepchildren have experiences and emotions that are quite unique. And sometimes it’s difficult for others to understand. So I honor all stepfathers and stepmothers for choosing to become parents in this way. For those of you who make the choice, I commend you for accepting the role of nurturing and mentoring kids who are not biologically yours. But you’ve accepted the role, knowing that the kids’ lives will be enhanced as a result. For this, on the kids’ behalf, I thank you.
As I close this post, let me share with you a special song. It’s written and sung by country music superstar Brad Paisley. I happen to be a big fan of country music. I think the reason is that this genre of music deals with so many real life issues and for the most part, the songs tend to tell uplifting stories. 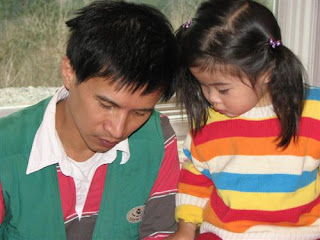 The song is entitled, “He Didn’t Have to Be.” It tells of a man who married a single mother and in the process chose to become a stepfather. I don’t know if the lyrics are based on Paisley’s own life but I do know that they are based on the lives of millions of fathers worldwide. I have included the lyrics here. Please read them and reflect on how this man’s choice made an impression on his stepson.
He Didn’t Have to Be
By Brad Paisley
When a single mom goes out on a date with somebody new
It always winds up feeling more like a job interview
My momma used to wonder if she'd ever meet someone
Who wouldn't find out about me and then turn around and run

And then all of a sudden
Oh, it seemed so strange to me
How we went from something's missing
To a family
Lookin' back all I can say
About all the things he did for me
Is I hope I'm at least half the dad
That he didn't have to be

(Here are the links to the MP3

and the YouTube video)
I trust that these words have been an encouragement to you.  And for each of you stepfathers, thank you for becoming “the dad that you didn’t have to be.” 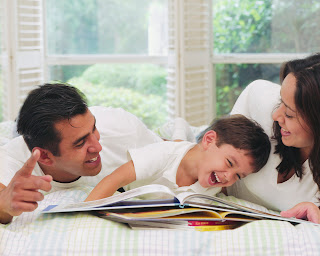 Have a great day!
The Upbeat Dad

Posted by Rodrick Walters at 12:17 PM