With Low Funding For Education, How Can Our Kids Still Succeed? 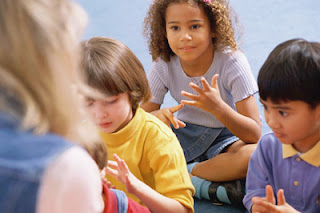 I recently learned on NBC Nightly News that here in the United States, there have been significant cuts in the education budget in many states. Beginning as early as pre-K, school funding has been on the decrease and thus, kids in this country are at a disadvantage compared to their peers around the world.
I saw on the site greatschools.org  that in a recent comparison of students in 57 industrialized nations, US students finished 16th in science and 23rd in math. Their peers, particularly in Asia, consistently scored higher on standardized tests. US students start off behind and, as a whole, throughout the entirety of their formal education, they remain behind.


I don’t get much into politics, as I find it to be quite divisive. However, I know that in political circles there are some who advocate the dissolution of the Department of Education. I don’t quite know their rationale but I think that this is one of the indicators that speak to a bigger issue – there is an increasing cause for concern about the state of the educational system. 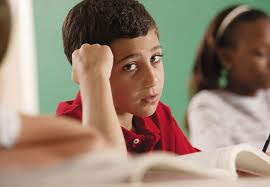 So where do things go from here? And why should there be cause for concern? Well, I believe that the real consequences for these actions will not become evident until the kids who are now in school become adults. I strongly believe that the future of a nation can be traced to its emphasis on the education of its youth. These youth will one day be the “movers and shakers” in the “real world” – as doctors, lawyers, politicians, accountants, etc.


I have a 13 year old daughter who is about to enter high school. I also have a son who will be 2 in a few weeks. So this is a subject matter that’s very close to my heart; I have a great concern not just for the nation and its citizens but also for my own children. It is an issue about which we should all have concern because it’s only a matter of time before the consequences are manifested.
Now, in the perfect world, each of us as parents would get our kids into the best institutions with the best resources and the best teachers. And if any such school is found to be lacking, we could take our kids out and put them into the right kind of school to help them to learn and become high achievers. That’s what happens in a perfect world. But then we come back to reality and realize that that utopia doesn’t really exist.

So what can we do today, as parents, in a world of limited educational and household budgets? A lot more than we might think. I believe that this is the perfect environment in which to demonstrate just what “love in action” can do. When we love our kids and are willing to do everything in their best interest, we begin to realize that we are not quite as powerless as some would have us to think. 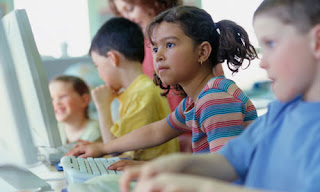 Here’s something that should make you excited – in today’s world, information is as free flowing as ever. At no point in all of human history has there been such ease of access to information. The internet, as well as social media tools such as Twitter and Facebook, has made ours “a small world after all!” No matter the subject matter there are readily available resources literally only a click away.

The personal computer has changed the way we live. I have seen them slowly become everyday tools both in the home and in the workplace. In recent times, we have seen a rise in popularity of smart phones and tablets. These brilliant inventions can be used for just fun and games. But they can also be used as tools of education unlike any we have ever seen. They continue the digital revolution started with computer.
When my teen daughter was a child, I recall buying different electronic learning systems like LeapPad and Hooked on Phonics. They were great tools and helped her tremendously. In today’s world, we have even more choices. If we are able to invest in something like an iPad or other such tablet, that investment can reap rewards for years. With such tools comes the ability to access hundreds of thousands – if not millions - of applications or apps. Among these are learning apps for just about every level. And many are free or relatively inexpensive. 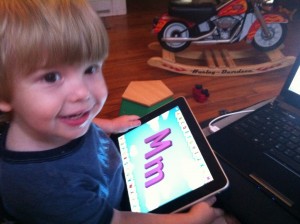 As I mentioned, my son will be 2 soon – in less than 2 weeks actually. My wife has developed a training schedule for him that is just awesome. She has a tablet with some book and learning apps that have helped him to learn so easily. Now he can identify and name colors, shapes, and parts of the body. He can count up to 15. And he loves to be read to. He really has an appetite for learning.


My daughter begins the 9th grade in less than a month. Her first day of school is designated solely as “iPad Training Day.” Her new school has incorporated the use of the iPad as a primary learning tool and that first day is all about teaching her how to use it in her new environment. Her textbooks, class assignments, schedule, school announcements and so much more are on iPads specifically designated for her school.
My plan is to build on what the school is already doing to ensure that we get the best bang for our buck, as the expression goes. The learning environment of today is limitless and it’s all under our control. The fact of the matter is this. There have been budget cuts to education all around this country. But despite that fact, I think that this is the best time in all of our lifetimes for our kids to learn. As parents, we have so much at our disposal to help in the process.

As I write this, it’s summertime for most of our kids. What a good time to develop and implement some strategies to enable them to get a head start when they begin school. We can ensure that they do some reading on a weekly – if not a daily – basis. We can give them research assignments. They can have “internet learning time”, when they browse the web to learn about current events or about things of interest to them. Maybe they can research the profession that they have an interest in and learn of all that it takes to be successful in that profession. 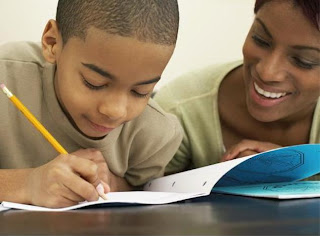 When they start school, we can be active participants in their learning. We can work with them to take on additional assignments to help master their different subjects. If it’s financially feasible, we can even consider getting tutors for them. How about taking them on field trips to places that help them to get a real life perspective on concepts that they learn in the classroom? We can challenge them to set goals and get certain grades; then we can reward them when they meet these goals. There’s just so much that we can do!


The most important point that I can make in this post is this: our children’s education is primarily our responsibility. It’s not the school’s job solely to educate them. We have an important part to play in the process. My daughter just left middle school last year. And guess what? Her teachers – as wonderful as they were – have no more responsibility for her. Her time at that school is done and she’s moved on. But as her parents, my wife and I continue to carry out the responsibility we had even before she started at that school. Her education is in our hands.
I’m 100% for increased budgets for education. It is much needed. But I also want my kids, regardless of the budget approved by the State Legislature, to have the best opportunities to learn. I want them to develop an appetite for what they are taught that they do much more than required to meet the curriculum for each class. In other words, I want them to be motivated learners so that regardless of the budget allotted to their education, they will become the best in their chosen fields.

﻿
As I close this post, let me share a brief story with you. I recall, in the early 90s, watching an interview with the late billionaire businessman Malcolm Forbes. He’s the name behind Forbes Magazine. He was an older man at the time in his last years. He was asked if he had any regrets about life. He simply said that he wished he was born later. He said so because it was the dawn of the internet age. He wanted to enjoying the thrill of running his business empire in that environment. He had great success but he was fascinated by the digital age into which we were headed. Not long after that interview, he passed away.

Today, your kids and mine are living in the age that Malcolm Forbes foresaw and wished that he could witness. Our kids have the capacity to learn so much and do so much in this new world. They can learn to thrive in a world that Forbes could have only dreamed about. Everything is readily available for them to fully take advantage of the opportunity that they have to learn and to grow.


Let’s endeavor as parents to help them to take advantage of the opportunity. Regardless of the constraints placed on us by limited educational budgets, we have so much at our disposal to help our kids reach great heights. What an accomplishment it would be to see them prosper despite the forces that can potentially inhibit their growth.
Moms and dads, let’s help our young ones reach their potential. It’s up to you and me to help them get there. Let’s cheer each other on as they become the successes that they were born to become! 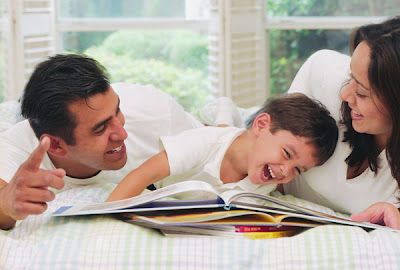 The Upbeat Dad
Posted by Rodrick Walters at 10:14 AM