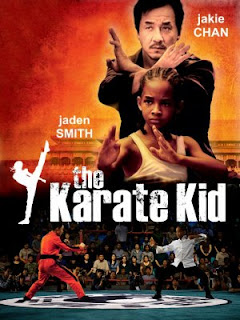 I hope you’re having a wonderful day thus far! So far this week, each post has been about setting the tone to have a good year. Every New Year as the calendar starts over, people tend to think of new things that they can do – or things that they currently do but can become more effective. So as I have written each post, with the knowledge that people are already thinking about starting over and achieving their goals, I’ve tried to keep up with that theme. If you haven’t already done so, I encourage you to read each post since this past Sunday because I believe that each one is life transforming.
For today’s post, I’ll share with you a life lesson I learned from a movie I watched over the holidays – The Karate Kid. It’s a remake of the 1984 movie with Ralph Macchio and Pat Morita – this version features Jaden Smith and Jackie Chan. If you haven’t watched it, it’s a movie I highly recommend. Smith’s character was a boy named Dre Parker and Chan played a maintenance man named Mr. Han. Parker’s father passed away and his mom got a job in China so the boy, who was about 10-13 years old, had to leave the United States for a new country where he had to learn of a new culture and a new language, among other things. Han worked in the apartment complex where Parker and his mother lived. 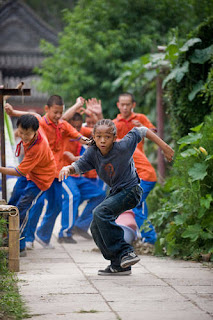 Parker had a hard time fitting in socially because he was new and very different. At school, he was ridiculed, bullied and beaten up by older boys. He complained to his mom that he wanted to go back home to the US because he didn’t like it in the new country. He had no father and though his mother loved him, he was a lonely boy who was a social misfit. “I wanna go home!” he cried to his mother.
Before I go any further, I wonder how many of us can relate to this part of the story in more than just a casual way. Perhaps when we were children we had the same plight. Or perhaps right now our kids are facing this same difficult situation. I know that this first part of the movie captured my attention immediately.
In many ways, I was like Parker – I left a small town in Jamaica at age 12 and moved to the big city, Houston, Texas. My first several years here in the US were horrible. I loved my life at home but at school I was a social misfit. I had very little friends. As a matter of fact, kids used to ridicule me and call me the Lone Ranger – because I was always alone. And for the first time in my life, I spoke with a weird accent. Go figure! All of those issues were tough on a growing child who just wanted to fit in and be like everyone else.
I’m so thankful that I had my parents and siblings because I don’t know how I would’ve made it without my wonderful home life to look forward to each day after a miserable time at school. I don’t regret those days at all – as a matter of fact, I embrace them now because they helped to shape and mold me into who I am today.
Now back to the story: Here’s the part of the Karate Kid that I want to highlight. Mr. Han stepped into Dre Parker’s life and not only taught him the physical karate skills so that he could defend himself, he also became a father figure to him. He mentored the young man to the point that Parker’s whole view on life was revolutionized. He developed a certain level of mental toughness that helped him both in the physical practice of karate as well as the mental practice of surviving in a tough environment. 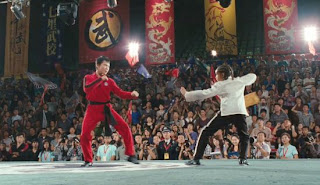 A key part of the movie that stood out to me was how Han got Parker to even begin developing his body for the art of karate. Each day when Parker came for lessons, Han would tell him to stand in one spot and take his jacket off and then put it back on. He would simply say, “Jacket off!” Then, “Jacket on!” He repeated this process for hours every day. Parker became increasingly frustrated with what he believed was Han punishing him. He kept saying, “Can we start learning karate now?”
One day after another lengthy “jacket off, jacket on” session, Parker got so upset that he quit and walked away. On his way out he said something to the effect of, “I know why you won’t teach me karate. It’s because you don’t know it. You don’t know how to do it!”
It’s at this point, when Parker became so irate that he was willing to just quit and walk away, that the beauty of this unorthodox training was revealed. Han called Parker back and showed him that the entire “jacket off, jacket on” routine was to develop his muscles in a unique way that he could excel as a karate champion. All those difficult, frustrating, boring hours that Parker thought were a waste of time were actually an investment in developing his own body. His reflexes were much better. The entire learning process became so much easier because he went through what he thought was punishment by a man who really didn’t know what he was doing. 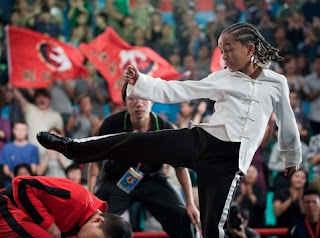 As it turned out, Parker entered a karate tournament against some of the best young karate experts in China and based on the rigorous training that Han put him through, he won the entire tournament! What an accomplishment!
There are so many life lessons in this story. First of all, Mr. Han became a father and mentor to a fatherless boy. He helped to guide him by teaching him the essential skills to succeed in the tournament and overall in life. How many of us have sought out young boys and girls who may not have the best home environment and try to mentor them? My heart goes out to such young people. And even if they were like Parker who had a loving mother, they still need the valuable lessons that a positive mentor can give.
Another lesson in the movie is that sometimes we learn the best lessons in the most unconventional and unorthodox ways. There was Parker thinking the boring routine was punishment; while at that time he was in the developmental stages of becoming a master at his craft. One phrase that I have coined is, “That which I thought was the death of me became the key to my victory.” That could certainly be said of Parker. 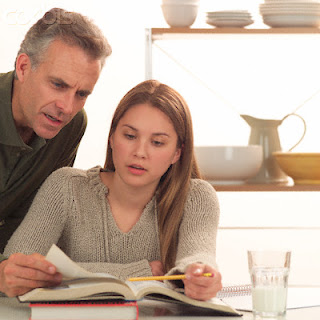 As parents we should know what’s best for our kids. And yes, sometimes they get frustrated and rebel. Sometimes they say, “But everybody else is doing this, why can’t I?” It’s at those times that we have to do what’s best for them even if it pains them in the process.
Today I had a wonderful meeting at Sun Life Stadium with a Senior Manager with the Miami Dolphins football organization. We spoke about The Upbeat Dad project and my vision and it was a real enlightening meeting in which we exchanged beautiful ideas. One of the things that we talked about was mentoring and reaching out to kids in our communities before they make some life altering mistakes. It’s easy to try to get them back on the right track after they’ve made wrong decisions but how much more powerful our efforts would be if we helped to keep them on the right path before they make those mistakes.
I hope that this life lesson from the Karate Kid movie has helped you think of new, innovative ways to become a better parent and a better citizen to those in your community. I strongly believe that if we see ourselves as valued citizens of our communities, then we can positively impact the lives of those within our sphere of influence. Whether it’s a “jacket off, jacket on” lesson or something else, always seek to do what’s right and what’s best for our kids. 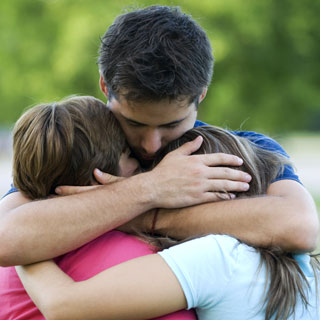 I hope that you have a wonderful day.
The Upbeat Dad
Posted by Rodrick Walters at 3:25 PM