Today’s Upbeat Dad of the Week is someone who in many ways has helped to make me who I am today. No, it’s not my dad – he was our inaugural Upbeat Dad of the Week. This man, I’ve known since 1988 when we were freshmen at the University of Texas at Austin. He was my roommate my sophomore year and he and I have been nothing less than brothers since. I’ve always known him as a friend.

But over the past several years, I’ve come to respect him in a new way – as I’ve observed him become a loving husband and a father. So it is my honor to say that the Upbeat Dad of the Week is Edward Charles Rapier.
Edward is one of my two best friends. He and another friend of mine have been my brothers in arms since our university studies and for me it’s an honor to have such friends. Let’s now look at Edward the family man.
I was privileged to have served as Edward’s best man at his wedding in Austin, Texas in October 1996 to his college sweetheart. Theirs is a union that has made a profound impact on me. Today they are parents of 2 wonderful boys – a 6 year old and a 4 year old. If you knew nothing further, you might just run into Edward and his wife and kids and not know the long journey they took to become a happy family of 4. The marriage has always been and continues to be strong. However, not very long ago, there was real doubt as to whether or not they would have children of their own. As the great Paul Harvey might say, here’s the rest of the story: 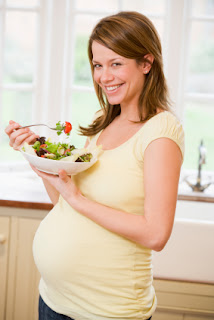 One day in early 2001, I received a phone call from Edward with the exciting news that he and his wife were expecting a baby. I shared in their excitement, much like they shared with me when our daughter was expected. And we looked forward to the joy of adding another member to our family.
The pregnancy progressed as pretty much any normal pregnancy does. Doctors' visits and proper dieting were their new routine. The due date got closer and we anticipated the birth of a wonderful, healthy baby. Late in the third trimester of the pregnancy, a routine visit to the doctor revealed that there was some cause for concern. The doctors noted that the baby’s development was severely abnormal. They initiated a number of tests but were baffled as to what the problem could be. After much research, they concluded that the baby had a rare genetic defect – so rare, in fact, that there are only a handful of similar cases known worldwide. It is so uncommon that there isn’t even a medical name for the condition.

None of the doctors had ever seen such a case in all their years of practice. They said that in the general population, the likelihood of the defect presenting itself is less than one in a million. It so happened that both Edward and his wife carry a recessive form of this rare genetic trait. Because they both carry this trait, one in a million became one in four.
Imagine hearing this news after preparing the baby’s room, having baby showers and receiving gifts for the baby. In only a matter of days, they lost the child. All that hope and expectation resulted in a child that didn’t make it. Edward and his wife were devastated. That was a bitter pill to swallow. 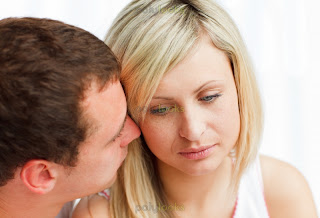 Throughout all of this, their marriage strengthened. He and his wife were a source of strength and comfort for each other. Ironically, at this same time, my then marriage began falling apart and soon ended in divorce. It was somewhat interesting to see that while I was heart-broken for them, they were heart-broken for me for a totally different reason.
Still they dreamed of having children so they wanted to learn more about this rare condition that caused the complication that shook them to the core. They consulted with different doctors but also began doing their own research. Since the condition was so rare, they figured that they might as well find out as much as they could. The medical professionals with whom they consulted were still learning about the condition so, though neither he nor his wife is trained in the field of medicine, they figured that their research could help with the assessment.
Together Edward and his wife made the decision that they wanted to try to have a child again. He says, “Decisions regarding your family are for you and your wife to make - and she has veto power over decisions about pregnancy.  Other people will have opinions - parents, doctors, friends - but the final decision is yours, and once you make it, they should support you.“ 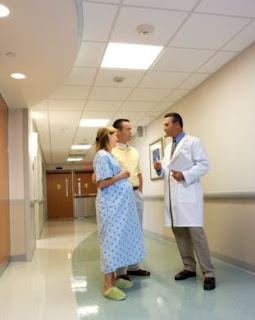 They live in Austin, Texas but they contacted doctors as far away as Europe to learn about the condition and how they could minimize the likelihood of it occurring again. What they found was that there are so few such cases in the world, that only a handful of doctors had any level of experience with the condition. The conclusion was that there was nothing medically that could be done to prevent the condition from arising. There was always a 25% chance of the same issue arising in any pregnancy they had. The best that the doctors could do was to monitor any pregnancy and conduct tests to see if the fetus displayed symptoms of having that condition.

In 2002, she became pregnant again and they were excited. However, that excitement was short-lived because 6 weeks into the pregnancy, she had a miscarriage. In 2003, she again became pregnant. Because of the few disappointments, along with the knowledge that they could potentially lose a child, they told relatively few people. Because I’m practically a family member, they told me and very privately, I prayed for them and spoke with them. Their doctors were involved every step of the way and conducted their regular tests to ensure the pregnancy was going well.

Everything was fine but then in the middle of the second trimester, their worst fears were realized. The condition was revealed again and that child was lost. At this point I was at a loss for words. I wondered just how much disappointment one couple could take. I didn’t even know this before interviewing Edward for this article but their very first pregnancy was a first trimester miscarriage. So at that point they were 7 years into their marriage and they had 4 pregnancies, all ending in losses, two of which occurred literally within a few weeks of delivery.
Disappointed and devastated again they really had to do some deep thinking about their route to parenthood. Certainly they wanted children of their own but it had gotten to the point where they had to consider if the emotional turmoil of going through pregnancies that have a 25% likelihood of ending in a miscarriage was worth it. The doctors were concerned about his wife’s physical wellbeing and the mental toll that the losses were having on them.

Again in 2004, she got pregnant. And as before, they had to proceed with caution. They had many doctors’ visits, each time wondering if they would hear bad news. This time, after 8 years of marriage and 4 disappointing pregnancies, they were finally, finally, finally able to have a child of their own – a healthy, wonderful baby boy! After all they had been through, they were finally proud parents. I feel so fortunate that they asked me to be his godfather. What an honor to serve in this capacity for a child that it took a miracle for them to have!
Two years later, in 2006, again they conceived and had another successful pregnancy. That year, another healthy baby boy was welcomed into the family. That made the Rapier family whole and complete.
Throughout the entire process, I have seen Edward grow into the consummate family man. In a world where half the marriages end in divorce and where fathers seem to be more often absent than present, it is refreshing to see how dedicated he and his wife have been to each other and to their boys. In one of my poems I wrote, “Don’t be fooled by the smile that I wear, for each smile you see has cost me a tear.” I think that can be said of Edward. He is an enthusiastic, involved ‘upbeat’ dad in every imaginable way. He knows of the pain and disappointment that it took for his family of 4 to come together. So he treasures each moment that they share. 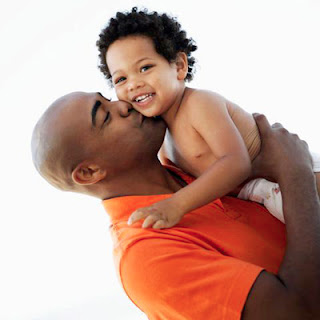 Children’s story books often end with the line, “…and they lived happily ever after.” After observing their challenging journey and being a friend and brother to them throughout the process, I wish that they do live happily ever. They deserve every moment of happiness because they’ve really paid the price that it took to be at this point.
I hope that you’ve been encouraged and inspired by learning of Edward’s story. And if you’re a parent, just know that for some, the path to parenthood is not quite so simple. I trust that reading this story would make you that much more appreciative of your families. His is a story with a happy ending but it didn’t have to be. Love and devotion have guided his family to this point. If you learn nothing else from reading this story, just know that kids are precious gifts and those of us fortunate enough to have them, should treasure them immensely.
If you would like to nominate someone for our Upbeat Dad of the Week feature, please leave a comment on this post, on our Facebook page or send an email to: info@rodrickwaltersenterprises.com. We love to feature stories like Edward’s that encourage others to embrace the gift of fatherhood.
Have a great day! And hug your kids and let them know how precious they are.
The Upbeat Dad
Posted by Rodrick Walters at 11:42 AM