Houston, We Have a Problem! 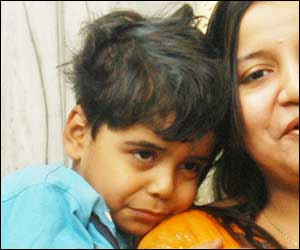 Last week Tuesday, I had a speaking engagement at an elementary school in the Miami area. It was quite a fulfilling experience as I shared with the kids a bit about my profession and the things they can begin doing to live the life they desire to live. With the daily grind of the “rat race” it’s good to take time out to give back and realize that you’re able to enhance someone else’s life.

After the event, I was speaking with the teacher who hosted me. I was shocked when he told me that NOT EVEN ONE of the students is from a home with two parents. In absolutely every case, the father was absent. If you go solely based on statistics, these kids are already at a disadvantage.
Here are some statistics from the National Fatherhood Initiative that should make you cringe:
And the list goes on and on and on…
Houston, we have a problem! We have a crisis on our hands! What will we do about it?
Through this blog, I have a number of thoughts and ideas that I will be addressing in the coming weeks. For today, I’ll just say that our children are at a disadvantage when we are not involved. If I were to forecast the future of the young people I spoke with last week, then I’d say, based on statistics alone, they are at a disadvantage and will have to overcome so much if they should ultimately become successful.
As I said to the teacher, I don’t want them to become statistics. I want them to become successful. The teachers play such a vital role in this process. But as parents, we play a greater role. I challenge you as fathers to stand up for your kids. I realize that all dads and even moms won’t heed this call but it’s a call that need to be taken seriously. The consequences of not doing so can literally have an impact for generations to come. 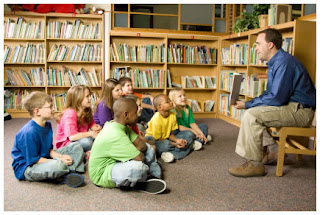 I have committed to become more involved in my local community, nationally and internationally in the lives of children. They need help now more than ever. My challenge to you is not just that you take care of your own children but that you go beyond that and begin mentoring others. No time is too short to spend helping kids to learn the things that will make them successful.
Let’s make a vow to ourselves that the next generation of children will become well equipped to take over the world as well as move on. We owe it to ourselves and we owe it to them.  This is the vision of The Upbeat Dad. We’re only now just scratching the surface of what can be accomplished when we lovingly take on this challenge.
I’ll close with the last 2 stanzas from my poem, A Lasting Legacy, which is found in my book, Poems of Inspiration: A Daily Dose of Self Motivation:
Whenever I come to the end of my days
And I go to my final resting place
When the sun goes down and I finish this race
May I leave this world a better place
This is my vow to humanity
A vow that will last all eternity
For my children and all who will come after me
May I leave a lasting legacy.
The Upbeat Dad